What Is Kuk Sool Won™

As a martial arts system, Kuk Sool Won™ is extremely well-organised; and seeks to integrate and explore the entire spectrum of the traditional Asian fighting arts and techniques for body conditioning, as well as mental development and traditional weapons training. Essentially, if you combine the skills of Aikido with Judo throwing principles, Jiu-Jitsu locking and joint breaking techniques, add the mastery of Kobudo weaponry together with the devastating kicks of Taekwondo and mix with Karate hand strikes, then you might have something which begins to resemble the Korean Art of Kuk Sool Won™. This means that Kuk Sool WonTM is not limited to a particular style of martial arts but is a systematic study which seeks to integrate and explore the entire Korean martial arts spectrum dating from ancient times to present. The traditional Korean martial art system of Kuk Sool Won was founded by In Hyuk Suh (Kuk Sa Nim) in 1958.

The following list includes some, but by no means all, of the elements of Kuk Sool Won™. 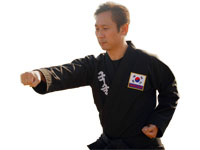 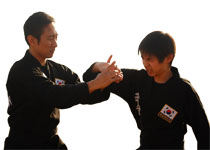 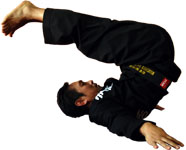 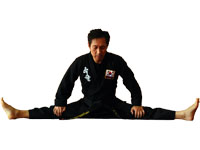 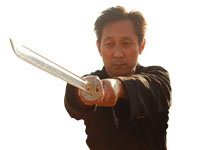 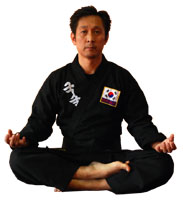 As you can see, Kuk Sool Won™ covers an extensive variety of martial art techniques. But it is not merely concerned with methods of attack and defence, Kuk Sool Won™ also includes the study of healing techniques and the development of internal power, in addition to the physical training. Mental development is of equal importance in Kuk Sool Won™ and helps to instill self-confidence and self-discipline, a calm self-assurance, and the psychological and spiritual values which are traditionally associated with the character of a martial artist.

Although Kuk Sool Won™ as it is practised today is relatively new, its roots stretch far and deep to the very beginnings of the Korean people. This early history and the ancient traditions upon which this art is founded should be viewed as important as the physical techniques themselves, for it is only from the understanding and appreciation of these classical roots that one is able to grow as a student of the martial arts.