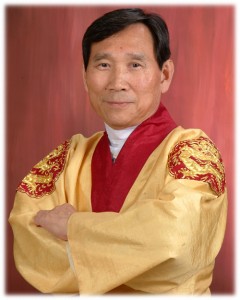 In Hyuk Suh is the founder, Grandmaster and President of the World Kuk Sool Association®. He has studied martial arts for more than 50 years, receiving his first instruction from his grandfather, Myung Deuk Suh, a master-instructor to the Korean Royal Court. After his grandfather’s death, he travelled throughout the Far East seeking out and studying additional aspects of the martial arts.

The knowledge he acquired from his grandfather and subsequent masters enabled him to establish Kuk Sool Won™. His organisation now boasts 1.3 million members with over 800 schools worldwide in 27 different countries. Although expert in every aspect of martial arts, Grandmaster Suh is especially renowned for his mastery of pressure point and joint manipulation.

Additionally, Kuk Sool Won™ has been mentioned in over 300 articles and featured on more than 60 front covers by world famous magazines in the United States, England, Spain, Iran, Germany, Mexico, and Venezuela. While the following list of accomplishments include items accrued not only by himself but by the organisations he founded, the reason for this can be found in the excerpt below, taken from the “Letter from the Grandmaster” which is written to all practitioners of Kuk Sool Won™ and located in the front of the Textbooks he provided as an aid to understanding such a unique and comprehensive martial art.

“Any distinction or honour granted to me or to any member of this
organisation is a credit to the organisation as a whole, including
all the individuals who make up this vast organisation.”
– In Hyuk Suh

Below is a brief timeline Kuk Sool Won across the Globe:

1958 Founding of the martial art of Kuk Sool Won™

1976-77 40 Kuk Sool Masters appear in Ho Kuk Moo Yea, (translation: Art Used in Defence of the Nation) a documentary produced by the Korean Ministry of Culture and Tourism

1991 Kuk Sool Won™ was selected as an extra curriculum activity for the U.S. Military Academy at West Point

1992 Grandmaster In Hyuk Suh is presented with the Commander’s Sword by the U.S. Military Academy at West Point

1994 Several universities in the U.S.A. include Kuk Sool Won™ as a regular athletic activity

1994 Grandmaster In Hyuk Suh is presented with the Commander’s Sword by the U.S. Air Force Academy at Colorado Springs

1999 Victory of a Little Giant, a special documentary about Grandmaster In Hyuk Suh produced by the Korean Broadcasting System (KBS aired 3/17)

2002 Kuk Sool Won™ hosts the World Kuk Sool Championships at the Civic Auditorium in KyungJu this is an international event with over 2000 competitors from across the globe, also received were proclamations for a successful event from many world leaders such as North KyungSang Provincial Governor Lee, KyungJu City Mayor Baek, over a dozen U.S. State Governors, and U.S. President G.W. Bush

2004 Publication of a biography of Kuk Sa Nim in Korea by Ms. Moon Young Kin with Sam-Toh Publications

2008 In October, Kuk Sool Won ™ celebrates its 50th anniversary at the World Championship in Houston,Texas